Posted on February 6, 2013 by nhillgarthnaturalist

San Dieguito Lagoon is between Del Mar and Solana Beach in San Diego County, Southern California. This Lagoon has recently been restored and gradually the native vegetation is growing and the birds have returned. A beautiful new wetland habitat is unfolding. So much of Southern California’s coastal wetlands have disappeared so it is very heartening to walk along a trail where the results of the restoration project are bearing fruit.

Says Phoebes’ were perched close to the Trail. 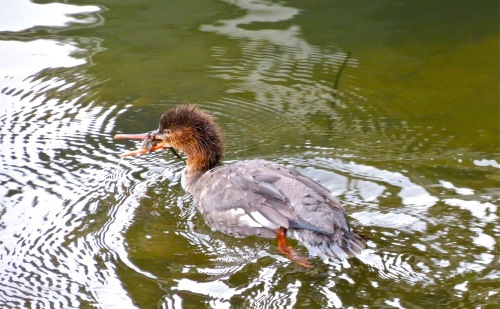 Where the trail goes under the freeway I looked down in the water and saw  – just a few feet away – a female Merganser grasping a small crab in it’s bill. 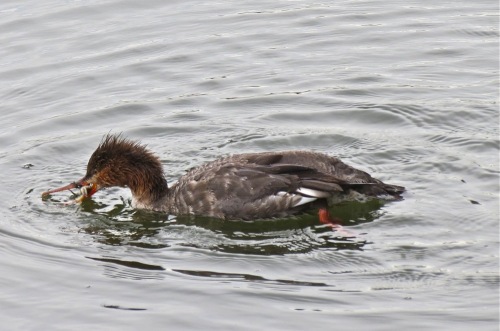 It started to wash the crab vigorously to remove vegetation stuck to it. 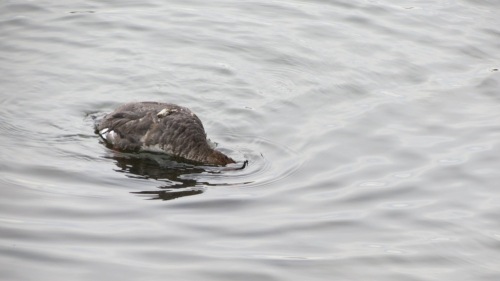 The result was the crab flipped onto the Merganser’s back! 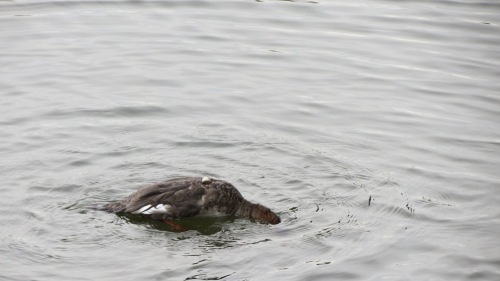 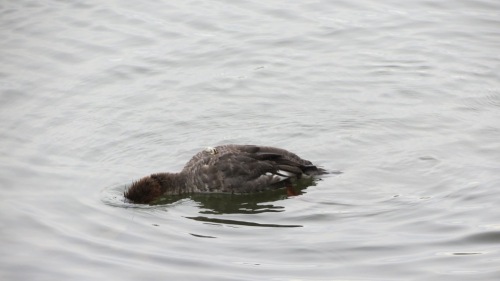 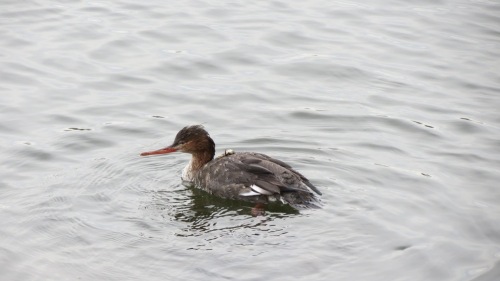 but clearly had no idea the crab 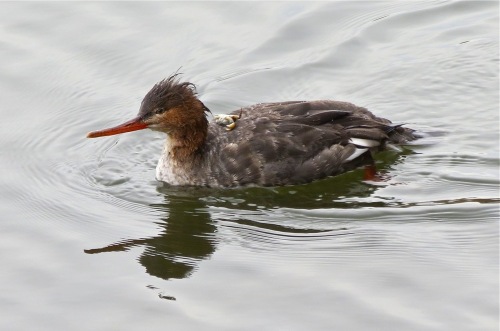 was still on it’s back! The Merganser swam under the bridge and so I never found out if it ever discovered where it’s diner had gone!

Large mussels are growing on big boulders in the water there and a sandpiper rested amongst them. 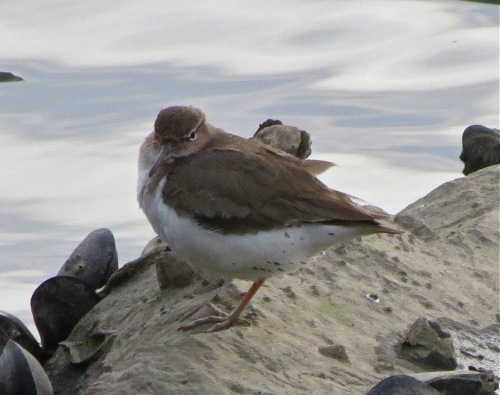 I am not sure of the species but judging by size, plumage, leg and bill color I think it was a spotted sandpiper in winter plumage.

Some of my favorite ducks – Pintail – were asleep on the bank.

Just by the trail entrance there is a reed bed. It was full of the sounds of Red-winged Blackbirds beginning to settle down for the night.

Many of them were displaying and being territorial. A wonderful sight because these birds are close to the trail and have become tame enough to approach by the trail’s edge.