Posted on October 28, 2015 by nhillgarthnaturalist

The second island in American Samoa I visited was Ofu. It is joined by a slim suspension bridge to Olisega and together they are six kilometers long.  This isolated speck of paradise has steep verdant slopes of thick forest and a lagoon full of coral and bright reef fish.  The South side is part of American Samoa national Park.  I spent an afternoon snorkeling off Ofu Beach  – One of the most magical places I have ever seen.  My photos taken with a small digital camera really don’t do it justice but I hope they give you a glimpse of this pacific jewel 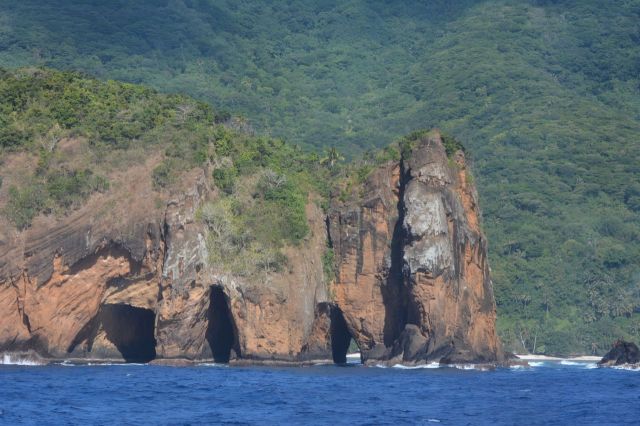 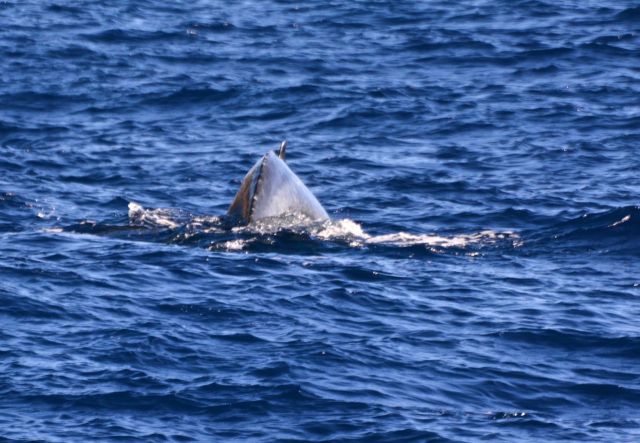 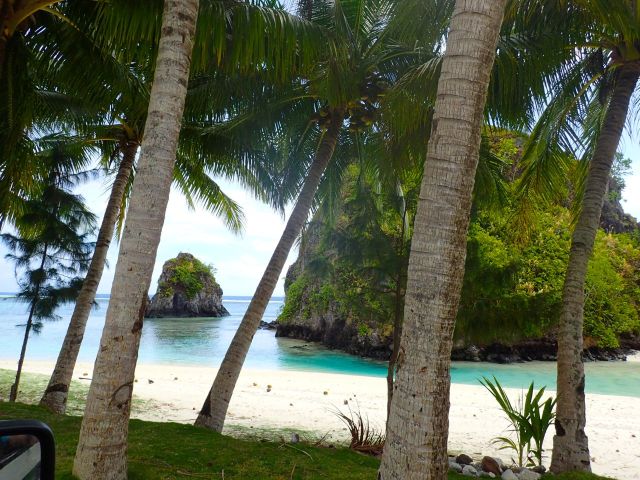 Algae  eating into the coral looked like a strange hand print

Marks from Puffer fish feeding on the coral 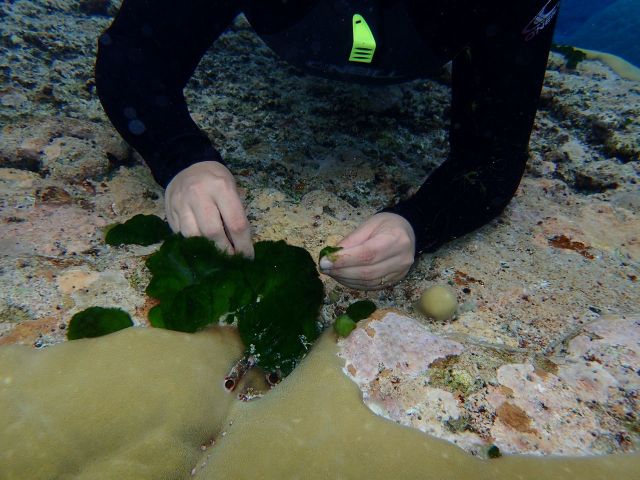 Removing species of algae harmful to the coral 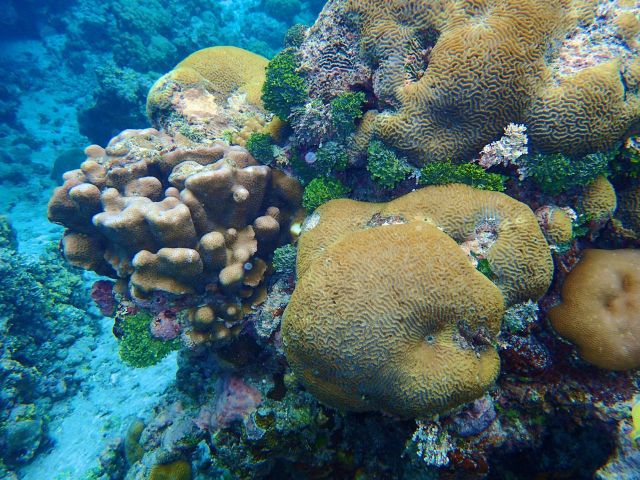 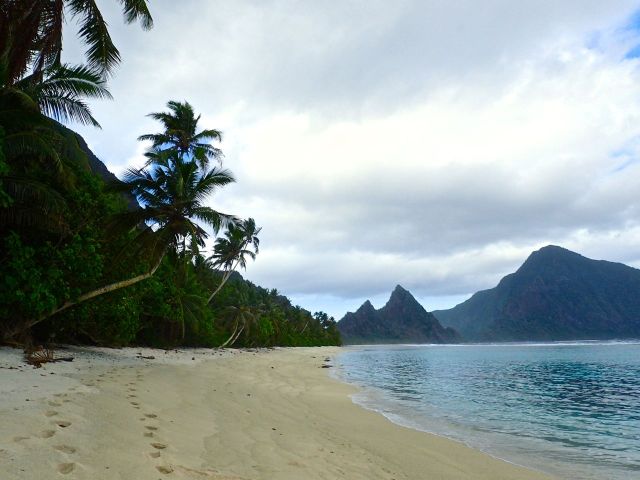